Bluegrass vs. Old-Time: What’s the Difference?

One of the biggest questions regarding bluegrass and old-time music is “what’s the difference?”. Often times, these two genres are confused with one another. In this article we will discuss key differences between Traditional Old-Time and Bluegrass music, and some history behind the genres. We will also show different playing styles used within the genres, and mention some key artists to checkout along the way. We will be approaching this with banjo on the brain since banjo is the instrument most commonly associated with these genres.

Old-Time music is the predecessor to Bluegrass. Not only is it older than Bluegrass, but it is also structured quite differently when you compare the two genres.

Old-Time is one of the earliest examples of traditional North American music, coming in second only to Native American music. Old-Time has roots in so many cultures from around the world. England, Ireland, Scotland, Africa, and Germany just to name a few. Old-Time music began as a music of necessity, often implementing the use of handmade, improvised instruments such as the Gourd Banjo. Some of the earliest documentation of Appalachian Ballads began around 1907. Since the Folk Revival of the 1930s Old-Time has become a very popular style of music.

Traditional Old-Time mostly highlights the fiddle, but usually the banjo is playing a similar melody as the fiddle. All other instruments would be purely rhythmic. Usually there are no lyrics to these tunes, they are almost exclusively instrumental. However, the genre was constantly evolving, so eventually lyrics became a part of Old-Time.

Banjo playing styles vary through the years and quite honesty there are so many different styles of old-time banjo it’s hard to talk about them all in one place. From the iconic overhand playing of Roscoe Holcomb to the haunting two-finger picking of Doc Boggs the styles are quite diverse. Tommy Jarrell was a highly influential clawhammer banjoist and fiddle player. There are some really great modern banjoists who have taken old-time banjo to the next level like Adam Hurt and Jake Blount.

You can easily identify bluegrass music by its hard driving rhythm. Though Bluegrass does include a large amount of slower songs and waltz tunes, it tends to be more up beat than Old-Time.

The most common and near universal style of banjo playing used for bluegrass is three-finger picking. This style is broadly known as “Scruggs Style”, named after Earl Scruggs. Scruggs joined Bill Monroe’s The Bluegrass Boys in 1945 and his three-finger picking was a hit with audiences. Scruggs then left The Bluegrass Boys in 1946 and went on to form the classic duo Flatt & Scruggs. Probably the most iconic Scruggs tune in bluegrass history is Foggy Mountain Breakdown. Scruggs brought the banjo into a new realm using his forward and backward rolls using three fingers as opposed to the earlier clawhammer and two-finger styles.

Bluegrass showcases many instruments throughout a tune by way of instrumental breaks. This differs from Traditional Old-Time, but modern Old-Time tends to showcase multiple instruments as well.

There are countless iconic bluegrass banjo players. Don Reno is famous for his “Reno Style” single string picking. Ralph Stanley was also highly influential and had his own “Stanley Style” picking. Last but not least in my top 4 iconic pioneer banjo players is JD Crowe. His hard driving style and backup are second to none. JD’s famous prewar Gibson RB-3 named “Banger” was the inspiration that lead to the creation of the Gold Tone OB-3 “Twanger”.

Moving on from Scruggs style which is a chord based style, Melodic Style banjo is a three-finger style that is scale based. This is a modern sounding and advanced technique. Noam Pikelny does a great job explaining the difference between Scruggs style, single string, and melodic style and offers a great few demonstrations. There are really no restrictions on style – the possibilities are endless!

A Unique Blending of Styles

Béla Fleck and Abigail Washburn have blended both Bluegrass styles and Old-Time styles seamlessly in some of the most unique and beautiful ways. It’s amazing to see two banjos designed for different purposes work in unison  in the most amazing way. Check out this “Sally in the Garden” Medley they did together. The Gold Tone ML-1 Baritone Banjo sure does add some depth to the arrangement! 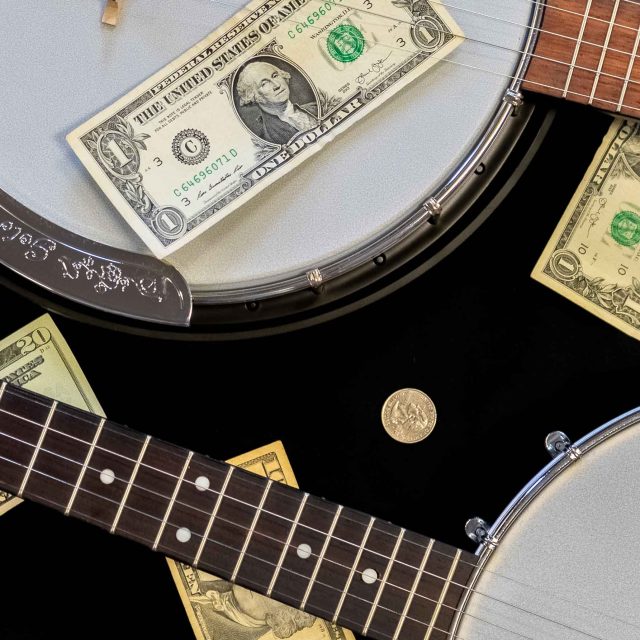 Buying A Banjo On A Budget 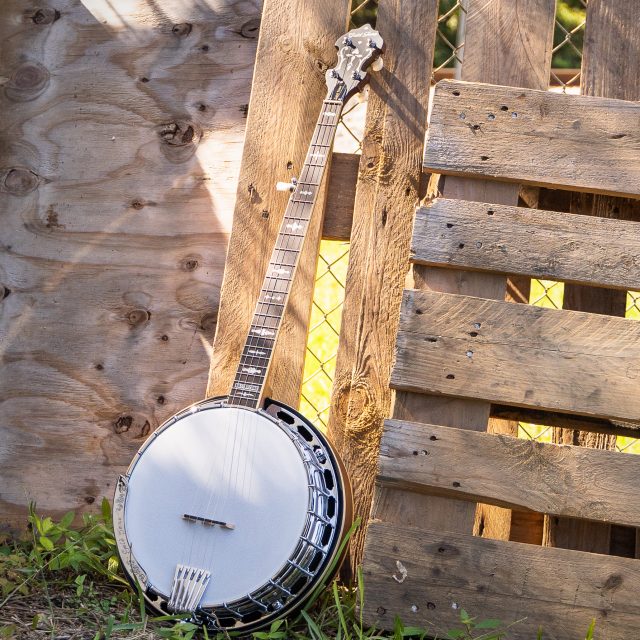 What’s the Best Bluegrass Banjo for Around $1000? 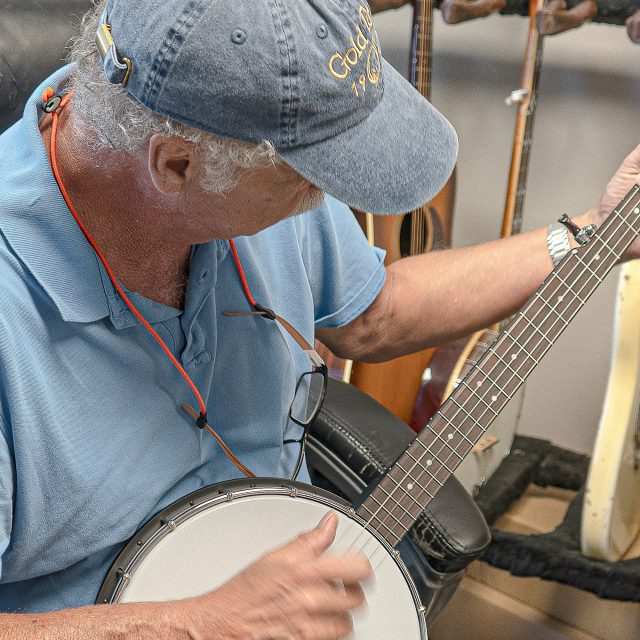